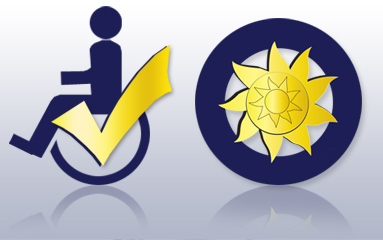 One day I was at home doing some housework. The phone rang, and a lady called Aoife said 'hello'. We chatted for a while and she said she represented Offaly Centre for Independent Living, that there was a nice job coming up, and wondered if I'd be interested in doing it. I explained to her that at that point I was having chemo for cancer that I had had for a few years, I said that if she could ring me back in two months, the treatment would be finished and I'd see if I was well enough to do it.

True to her word she rang me and we chatted some more. Eventually we arranged to meet and to go to see a couple who would like some help. That day has been the best day's work I've ever done. I met such a lovely couple. A few days later I began working with them, and I'm still there. They made me feel so welcome, as did their family when I met them.

We have become very good friends. I do any job that needs doing; I don't mind what I'm asked to do. I also take them anywhere they need to go like to the doctor, hospital and to do the shopping. I also take them to the garden centre, and lots of other places besides! We have loads in common and often sit and chat about years ago when they were young; although I'm not as old as they are, I can identify with them. We have many a good laugh about things we got up to when we were young!

I am so happy I took Aoife's advice and went to see this lovely couple. I look forward to going in to see them each day. I would recommend a job like this to anyone who has a few free hours a week.

I feel that I get as much satisfaction from this job as the couple get from having me with them. I know that if there was any problem I could ring Aoife and she would have time to speak to me. I often tell her that she will never match a person to a job so well again!