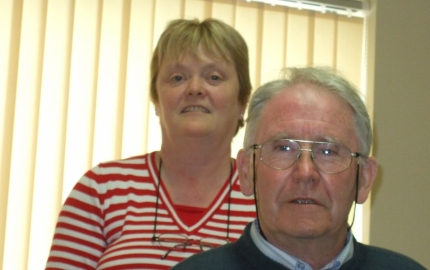 A Baptism of Fire

I became a quadriplegic following a motor bike accident in the middle of a Bord na Mona bog in June of 1991. I returned home to my wife and family after 11 months in the rehabilitation Hospital, Dun Laoghaoire, where I was institutionalized and after the usual weeks and months of trauma and management mistakes, life gradually settled down to one of complete dependency and constant frustration.

In the spring of 1993 I was offered a computer course in the FÁS training centre in Athlone, where I learned to switch on and operate a computer using the only digit available to me at the time, my left index finger, as opposed to the title of the film My left foot. Leaving the centre with four exams in computerized accounts under my belt and from an IT point of view, I was well prepared to move on.

It was to become a great joy to have the freedom at last to communicate with the outside world and furthermore it gave me a great feeling of achievement to be able to do this without having to rely on my overworked wife and family.

Seeing the value of a P.A service, ambition and a natural instinct towards self advancement led me to look towards pastures new. Having had an extensive career in Bord na Mona and the GAA prior to my accident I decided to form a committee and set up a CIL in my native county of Offaly